This page features brief biographies of our management team and their roles within the organisation. 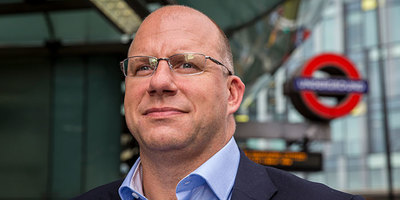 As Commissioner of TfL, Andy is responsible for ensuring the delivery of safe and reliable transport services to keep London moving, growing and to make life in the Capital better for residents, visitors and businesses. He is responsible for fulfilling the priorities and objectives set out in the Mayor's Transport Strategy and TfL Business Plan.

Andy joined TfL in November 2019 as Managing Director of London Underground. He started his career with British Airways as a sponsored undergraduate in 1989 after gaining an honours degree in mechanical engineering from Manchester University. In his career he has taken on roles across engineering, operations and customer service, culminating as Director of Operations and member of the Executive Leadership Team for just over seven years.

Before joining TfL, Andy was Executive Vice President at Menzies Aviation leading the business and operations for the UK, EMEAI.

Andy is also a non-executive director at Defence Equipment and Support. 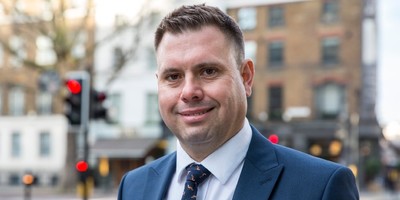 Glynn Barton was appointed interim Chief Operating Officer in October 2022. He is responsible for ensuring TfL's directly operated and contracted services and operations are planned and managed effectively, to provide a safe, efficient, reliable and high-quality service to customers

Glynn was previously TfL's Director of Network Management & Resilience, responsible for ensuring the ongoing control and resilience of our operational network. This included providing strategic and operational direction for the entire TfL Rail & Tube network as well as London's road and traffic network.

Over 21 years at TfL Glynn has used his Transport Planning and Management background across a range of important operational roles including the 2012 London Olympics and the implementation of high quality cycling infrastructure across London. In 2022 he played a pivotal role in TfL's transport plan to support events to mark the Platinum Jubilee and the passing of Her Majesty Queen Elizabeth II.

As Chief People Officer, Fiona leads delivery of our Colleague Strategy and Roadmap, bringing to life our ambition to make TfL a great place to work, where everyone can thrive.

Fiona previously led our employee relations, business partnering and change agenda as Director of People and Cultural Change and brings with her many years' experience in HR leadership roles at the likes of Coca Cola European Partners and Asda.

Fiona has a Post Graduate Diploma in Human Resource Management and a BA (Hons) in Financial Services. She is a keen advocate of continuous professional development and enjoys investing time in developing and mentoring others. 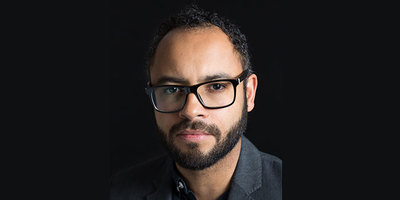 Matt Brown runs TfL's media and government relations, stakeholder engagement and corporate communications. He supports the work of the Executive Team as advisor to the Commissioner.

He is a Fellow of the Public Relations and Communications Association and in 2020 was awarded the Mark Mellor Award for Outstanding Contribution to the PR Industry. 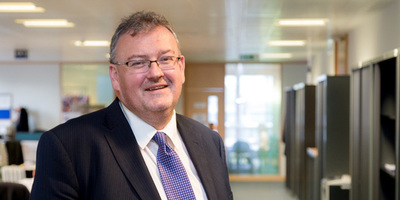 Howard joined us in September 2006 having been head of legal and procurement at the Greater London Authority since 2001.

He was previously director of legal and secretariat at English Heritage and has worked in local government.

He is a barrister with wide experience of managing legal, secretariat and corporate governance functions.

His responsibilities include legal, corporate governance, information governance, risk management and assurance, licensing and regulation of London's taxi and private hire industry, operational delivery of our road user charging schemes and Board secretariat. 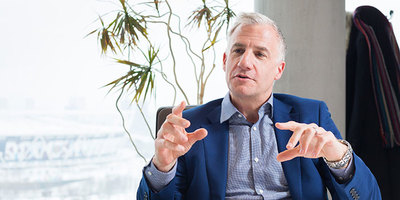 Stuart joined us in 1981 as a signalling apprentice in London Underground. After various roles in signalling he then moved into delivery roles as he negotiated and set up a team to deliver the Piccadilly line extension to Terminal 5 Private Finance Initiative (PFI). This was followed by leading the Connect PFI providing fibre, trains and station radio across the London Underground network and the delivery of the below ground emergency services network after the 7/7 bombings.

Stuart then took on the role of Tube Lines Director of Projects and was instrumental in the completion of the Jubilee and Northern line signalling upgrade programmes. This led to his role of negotiating the new signalling contract and establishing delivery of the Four Lines Modernisation programme, one of the largest signalling projects in the world.

As Chief Capital Officer, Stuart is responsible for our enhancement projects, driving our capital efficiency progress and Programme Management Office improvements, as well as setting engineering standards and providing engineering and asset strategy expertise to the business. 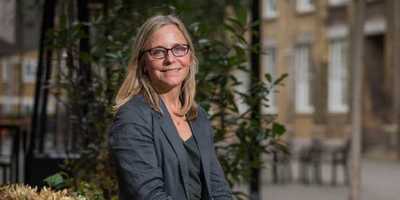 Lilli is leading our work to make the capital safe and attractive for all journeys, and to achieve our goal of Vision Zero, where no one is injured or killed on the transport network.

Lilli joined TfL in 2006 and has been Chief Safety, Health and Environment Officer since September 2019. One of her many passions and responsibilities is working to address the climate crisis and to achieve a net zero carbon railway by 2030 and to ensure TfL's environmental performance is exemplary.

Her career has included being a member of the UK Government's Commission for Integrated Transport and running her own transport consultancy where she led major projects on sustainable transport for a range of clients.

Lilli was appointed to the Board of the Environment Agency in 2021.

Rachel McLean was appointed Chief Finance Officer (CFO)  in October 2022. She is responsible for the overall TfL Budget, funding and business enabling processes. She will drive cost efficiency across the entire organisation, including through supply chain transformation.

Rachel was previously the CFO for Crossrail and Finance Director for Operations, having re-joined TfL in January 2020 from the Ministry of Housing, Communities, and Local Government where she was a Board Member and the Director General - Chief Financial Officer. She has also been the Director of Planning, Performance and Finance at HMRC Customer Services. 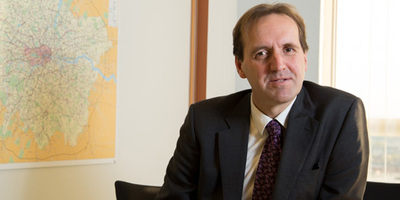 Alex is the Chief Customer & Strategy Officer and has over 30 years' experience of transport planning in London.

He joined TfL in 2007 and has held a number of Director positions in the organisation since then. Most recently he was the Director of City Planning where he managed the single integrated planning function for TfL, including working with the Mayor of London to develop and deliver his Transport Strategy.

Alex also played a key role in obtaining the consents and funding to deliver major projects such as the Ultra Low Emission Zone, Tube extensions and new river crossings.

Before joining TfL, Alex also held a number of Chief Officer roles at the London Borough of Camden and Ealing respectively. 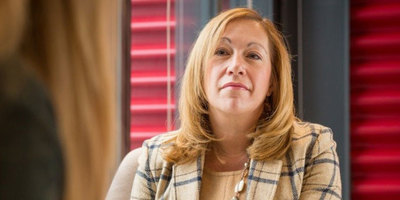 Tricia Wright has been seconded from her role as Chief People Officer to fill a temporary full-time role as Chief Officer - Pensions Review to lead a new dedicated pensions team to address the deliverables set out in the 30 August 2022 Funding Agreement with the Department for Transport and to undertake associated work.

Tricia Wright was appointed as Chief People Officer in June 2011 after serving 3 years as HR Director for London Underground.

Tricia is a Chartered HR professional, has an MA in Human Resource Management and has worked in both public and private sectors. Before joining TfL she worked for British Rail, Eastern Infrastructure Maintenance, Burger King, Eurostar and as HR Director for Northern Rail, where she also spent a period out of HR as Area Operations Director.

In 2014, Tricia was awarded HR Director of the Year at the HR Distinction Awards.

Declarations of gifts and hospitality by Chief Officers are reported to each meeting of the Audit and Assurance committee.

Also working with the Chief Officers: 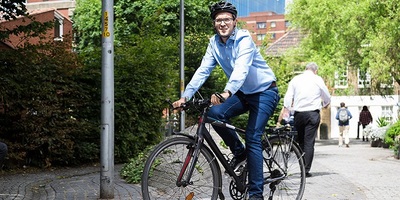 Will Norman is London's first Walking and Cycling Commissioner, working to deliver the Mayor's pledges to make walking and cycling safer and easier in the capital.

Will was previously Director of Global Partnerships at Nike. He spent more than three years working with not-for-profits, governments, UN agencies and European institutions to tackle the global inactivity crisis, with a particular focus on getting children more active.

Before working at Nike, Will was Director of Research at the Young Foundation and also set up a successful social research consultancy.

Will has a PhD from the London School of Economics. He is an avid cyclist and enjoys both running and walking throughout the capital. He lives with his family in east London.

Will is based at both City Hall and Transport for London (TfL), and is paid via TfL.