Short biographies of each of Transport for London's (TfL's) board members are included on this page.

To observe the highest standards of impartiality, integrity and objectivity, each board member declares their interests (see below each biography) - including positions, directorships and shareholdings - relevant to us.

Any offers of gifts or hospitality that have been accepted by a board member are registered and listed below their biography. 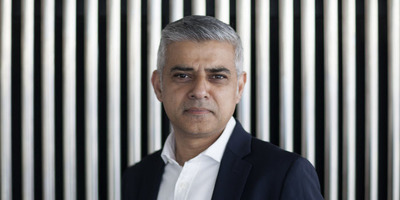 Sadiq Khan is the Mayor of London and has appointed himself as Chair of TfL.

Sadiq was born in London and has lived here all his life. His parents moved to London from Pakistan in the 1960s. He was state-school educated in Tooting before studying Law at the University of North London. Sadiq and his wife have two daughters.

Sadiq became a solicitor specialising in human rights and was a councillor in the London Borough of Wandsworth from 1994 to 2006.

In 2013 Sadiq was appointed Shadow Minister for London, and in 2015 he led the Labour Party campaign in London in the General Election. 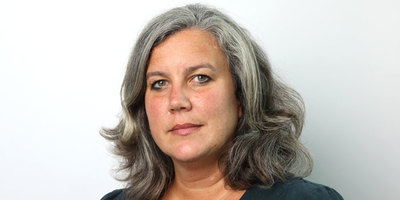 Before joining the Mayor's team Heidi was the Member of Parliament for Lewisham East. Elected in 2010, she served in the Whips' Office before being appointed as Shadow Secretary of State for Health. Between 2006 and 2010 Heidi worked as Deputy Mayor of the London Borough of Lewisham and Cabinet Member for Regeneration.

She is a graduate of Durham University from where she received a Bachelor of Arts degree in Geography and a Masters degree in European Urban and Regional Change.

As Deputy Mayor for Transport and Deputy Chair of Transport for London, Heidi will be focused on delivering the Mayor's Transport Strategy, ensuring that London has a reliable, comfortable and affordable public transport system accessible to all, creating safe, healthy streets where people want to walk and cycle, and ensuring that new homes and new jobs are part of a sustainable, integrated transport system which delivers good economic growth across London. 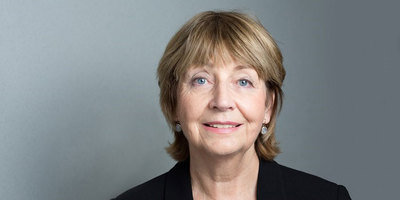 Kay Carberry CBE has held various posts in the Trades Union Congress and was the Assistant General Secretary 2003-2016. She is a past member of several government advisory bodies and commissions on equality and employment, for example the Equality and Human Rights Commission. She was previously also a Governor of the Pensions Policy Institute.

Kay is currently a commissioner of the Low Pay Commission, member of Ministry of Justice Civil Justice Council, Trustee of People's History Museum, Director of TU Fund Managers, an Honorary Fellow St Hugh's College Oxford and an Alternate Member to Lord Monks on the Takeover Panel.

She was awarded a CBE in 2007 for services to employment relations.

Greg is also a member of the London Economic Action Partnership (LEAP). 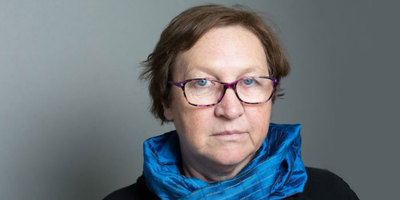 Bronwen Handyside has been active in London's trade union movement for over 30 years. She is Vice-Chair of Unite the union's London & Eastern region (representing 300,000 members from 20 different sectors and including 75,000 workers in and around London within all modes of transport). She is also Chair of Unite's London Area Activist Committee (which covers members from all industrial sectors across London as well as its retired and Community members).

Bronwen has been active on Unite's Regional Women's Committee for nine years. She was Chair and then Secretary of Unite's Central London Voluntary Sector branch for 15 years. She worked in the voluntary sector for 25 years and is currently employed by the Islington Pensioners' Forum. She has been active in the campaign to defend the NHS with Keep Our NHS Public since 2005. Bronwen has used public transport to travel in and around London throughout that time.

Ron Kalifa, OBE is Chairman of Network International, the largest payments group in Africa and the Middle East.

Ron is also Chairman of FutureLearn, the educational technology platform.

In May 2019, Ron was appointed as a non-executive director to the Bank of England's Court of Directors and in March 2020 he joined the Council of Imperial College London.

Additionally, Ron has been asked to undertake an Independent Review of the UK FinTech sector by the Chancellor of The Exchequer.

Ron is on the Board of The Hundred, the new 100-ball format for the England & Wales Cricket Board and is an Operating Partner for Advent International.

Until the end of 2019, Ron was the Vice Chairman of Worldpay and prior to that its global CEO (2001-2013); building the business from a start up to a global, multi-billion-pound entity.

Alice was the Chair of the NICE Guideline Committee, which published guidance on Improving Adult Social Care Users' Experience and was the Chair of TfL's Independent Disability Advisory Group from 2009-2016.

Alice is a Fellow of the RSA. 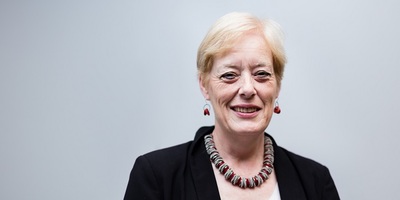 Since 2013 she has been pursuing her interests in cultural activities and travelling and using her skills in new environments, including as adviser to KBR and in non-executive positions on the Keech Hospice Care Board and was an independent member of the Arts Council England Performance and Audit Committee. She is currently a non-executive at the Ministry of Defence. 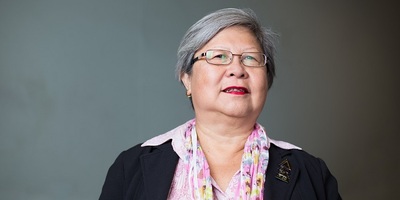 Dr Mee Ling Ng OBE is a board member of South Bank University and an independent governor on the Board of Lambeth College. She is an Honorary Fellow of Goldsmith's College and the 48 Group Club, which promotes business links between the UK and China.

Mee Ling spent three months in South Africa in 1994, leading up to the first free democratic general election, as an International Election and Peace monitor. She was a co-founder of a number of national charities serving the Chinese community in Britain.

Mee Ling was a councillor in Lewisham from 1986 to 2002 and from 2002 to 2010 she was Chair of Southwark PCT NHS board. She has also been a non-executive director of Lewisham and Guy's Mental Health Trust and South London and Maudsley Mental Health Trust. Mee Ling was also a non-executive Director on the Ministry of Justice's Her Majesty's Courts Service Board and was a board member of a Housing Association providing accessible housing to people with disabilities. 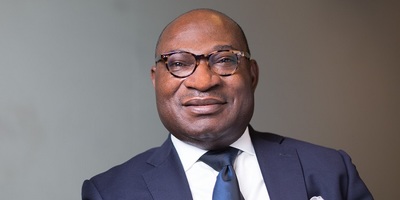 Dr Nelson Ogunshakin OBE is the CEO of International Federation of Consulting Engineers (FIDIC) and Vice Chair of Association for Consultancy and Engineering (ACE) Advisory Board. He was the President and CEO of the ACE Group for 14 years. He co-chaired the National Infrastructure Plan Strategic Engagement Forum (NIPEF) and was appointed by the GLA as a member of the London Infrastructure Delivery Board. He chairs the Investment Committee of ARM-Harith Infrastructure Investment Funds (PE), a non-Executive Director of Depthwize Limited and has over 35 years' experience in planning, finance, delivery and management of major property and infrastructure investment projects.

Nelson has a BSc in Civil Engineering from Aston, MSc in Construction and Programme Management from Birmingham and an MBA in Strategic Management & Corporate Finance from Aston, where he is also Royal Academy of Engineer Visiting Professor on Infrastructure Investment. He is a Fellow Member of the Institution of Civil Engineers, Companion of Chartered Institute of Management, CEDR Accredited Mediator and Member of Chartered Institute of Arbitrations. 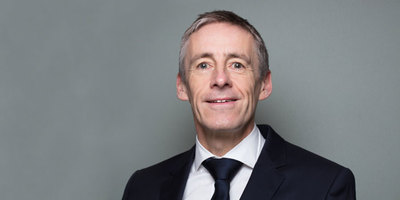 Mark Phillips has worked in the rail industry for over 30 years. He is currently chief executive of the Rail Safety and Standards Board (RSSB), a Director of CIRAS Limited and Railway Documentation Drawing Services Limited (both subsidiary companies of RSSB), deputy chair of the British Transport Police Authority and a member of Transport Research Innovation Board. 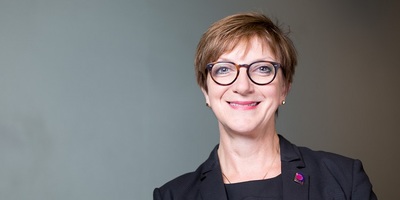 She has over 30 years' experience in the Energy Industry working in the UK, Germany and the Netherlands. She was the first female power station manager for RWE npower. Her career in the RWE Group culminated as Chief Technical Officer and executive Board Member of RWE's Dutch business, Essent, delivering electricity and heat generation as well as leading new energy and sustainability developments.

Nina has a BSc. in Chemistry from Newcastle upon Tyne, Ph.D in Coal Combustion. She is a Fellow of the Energy Institute. 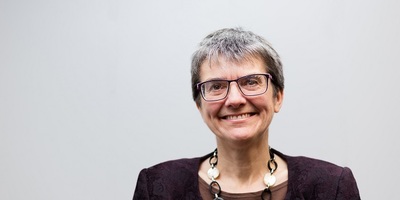 Lynn has a DPhil in Earth Sciences from Oxford University, and has worked as an exploration geologist and as a researcher on science and environmental issues at the House of Commons Library. 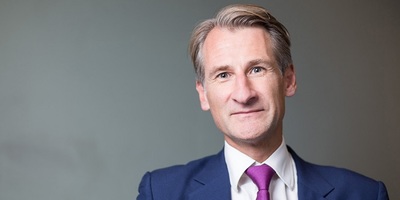 Ben Story is on the Executive Leadership Team of Rolls-Royce Holdings PLC (Rolls-Royce) as Director, Strategy and Marketing.

He was previously a Partner at Square Partnerships LLP and Head of UK Investment Banking and Broking at Citi.

Ben has over 25 years' broad experience in banking, including advising on a number of strategic transactions in the transportation and infrastructure sectors. Ben was involved in the establishment of TfL.

Remuneration of board members

The basic fee is £16,000 per annum. Additional fees are paid for each appointment to a Committee or Panel, up to a maximum payment of £20,000 per annum.

The additional fees are paid at the rate of £1,000 per annum as a member and £2,000 per annum as the Chair, of a Committee or Panel. Members are also entitled to receive free travel on TfL transport business areas. No allowances are paid to members.

Any expenses claimed by members, in relation to fulfilling their role as a TfL board member, will be published on the board members page, along with details of any gifts or hospitality received.

Full details are outlined in the Annual Report.

See the members, meeting dates and papers of our committees and panels