Everything you need to know about the Elizabeth line

Our newest railway adds around 10% more capacity to central London's rail network as well as an estimated £42bn to the UK economy.

High-frequency services connecting to more places - for many the new railway means shorter journey times between popular destinations in the Capital. The travel experience is more comfortable on the spacious trains and in the new and newly refurbished stations. 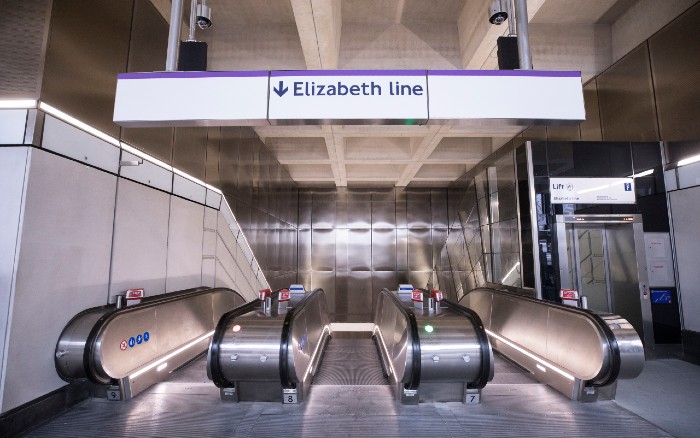 The three branches of the Elizabeth line - east, west and central - are now connected. Customers can travel into and through central London without changing at Paddington and Liverpool Street National Rail stations.

The lines from Reading, Heathrow and Shenfield now connect with the central tunnels:

Because of its layout, we recommend changing at Whitechapel Elizabeth line station in those cases where customers travelling between west and east branches of the Elizabeth line need to change trains.

The Elizabeth line now operates Sunday and later evening services through central London. This means customers can now use the central section of the railway seven days a week.

The last weekday services that will run through are:

Check the destination of your train - you may need to change at Paddington or Liverpool Street National Rail stations and walk to the Elizabeth line stations.

Some eastbound and westbound trains will pause for a short time outside Paddington while they wait to join Network Rail's system or enter Elizabeth line tunnels.

These pauses are built into the timetable - customers on these services will have a faster overall journey compared to changing at Paddington up to now.

Drivers will announce to customers that the train will wait for a few minutes for the scheduled arrival time into Paddington.

These pauses are temporary and will stop in May 2023, although some shorter pauses will still be needed.

Services to and from Iver 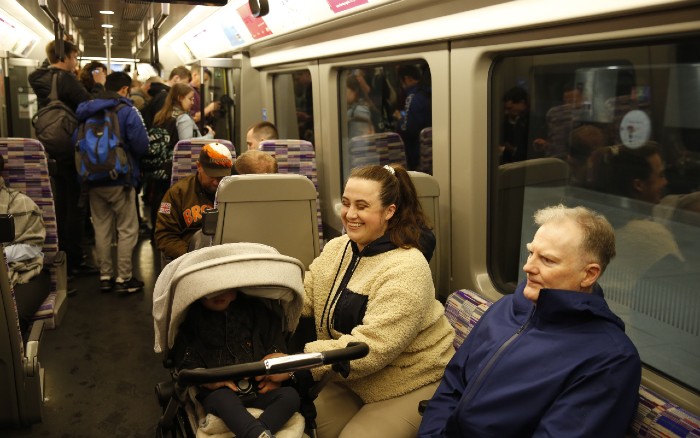 The Elizabeth line is one of the most complex digital railways in the world, and includes pioneering technology and design.

Forty-one new and improved stations are served by the Elizabeth line.

The fleet of 70 specially-designed Class 345 trains were built by Bombardier Transportation (now Alstom) in Derby.

All Elizabeth line stations are staffed from the first to the last train, with a 'turn up and go' service offered to anyone needing assistance.

Find out when and where you can take non-folded bikes on the Elizabeth line on the Cycles on public transport page. 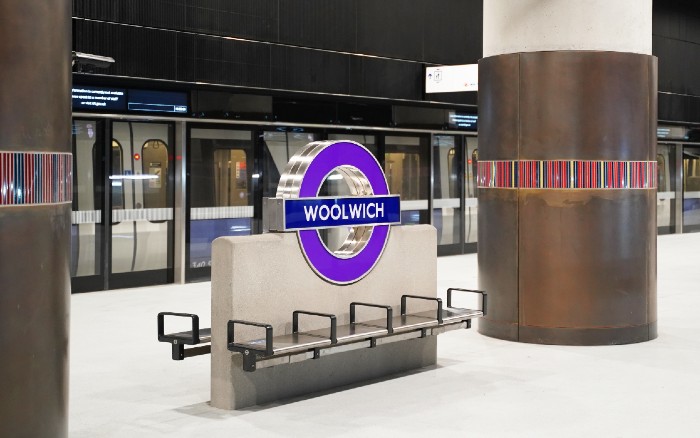 Benefits of the line

The Elizabeth line is dramatically improving transport links in London and the South East - journey times are being cut, capacity increased and accessibility transformed with spacious new stations and walk-through trains.

This new journey option is helping London avoid a car-led recovery from the pandemic and support regeneration across the Capital by creating jobs and business opportunities - 1.5 million more people will be within a 45-minute commute of the existing major employment centres of the West End, the City and Canary Wharf.

Free Wi-Fi access is already available at most Elizabeth line stations - we're working to make on-train Wi-Fi available within the tunnels as well. Work has started that will allow customers on both trains and platforms to have access to 4G connectivity

We will continue to update software on the Elizabeth line to keep the railway reliable.

Work continues to create step-free access to platform 1 at Goodmayes.