We're transforming a 2.5km stretch of Nine Elms Lane and Battersea Park Road (A3205). Our work to support regeneration of the area will continue in phases through to 2025.

Nine Elms is in a designated regeneration area with approximately 40 major development sites aimed at building 20,000 new homes and creating 25,000 new jobs between now and 2030. Find out more on the Nine Elms London website.

Working with the London Borough of Wandsworth and the Nine Elms Vauxhall Partnership, this project will improve conditions for people walking and cycling, bus passengers and users of the Northern line extension at Battersea Power Station.

We've completely redesigned the road layout on Nine Elms Lane and the eastern part of Battersea Park Road to improve it for bus users and to allow for more people to walk and cycle in the area.

Designs currently being developed for the eastern section (east of Sleaford Street) will help us prepare for construction. We plan to start these works in summer 2023, depending on the progress of developments along the road.

Working with Wandsworth Council we've now identified a suitable design for the western extent of the scheme on Battersea Park Road between the Duchess Rail Bridge and Macduff Road.

We consulted on the future of this section of the scheme in early 2022. Find out more on the Battersea Park Road walking and cycling changes consultation page.

The scheme will be done in phases. Completing the many developments in the area simultaneously is a complex task and we want to coordinate the improvements to the roads and pavements with that work.

Depending on how those steps progress, we plan to start the next phases of work:

How our works may affect you

Other schemes in the area 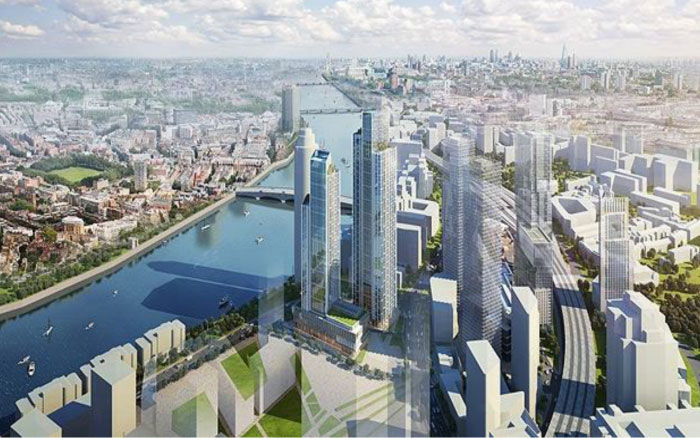 We consulted on our proposed changes at Nine Elms Lane and Battersea Park Road in summer 2017.

Contact us if you have questions or comments about the scheme.