The Westway structures carry the elevated A40 from Wood Lane flyover to the west side of Marylebone flyover. They're being refurbished because several components have reached the end of their service life.

Why we're doing the work

The Westway is a key strategic route and one of the busiest on TfL's road network. It's normally used by around 96,000 vehicles a day.

The roughly 21 bridge structures which support the carriageway and slip roads along that section of the A40 were built between 1969 and 1970 using reinforced concrete.

Major maintenance work will keep the A40 Westway and surrounding road network running safely and reliably in the future.

Given the scale of the structure, and that some sections are a higher priority than others, we are doing the work in phases:

Our contractor Costain was appointed in 2020 to develop the designs and construction plans for the project.

We worked with interested parties to plan access and agree how to offset the temporary impact of the construction works.

We expect this work to be completed in late summer 2022.

To help us finish the work safely and efficiently, some lanes will be closed on the Westway during the remedial/snagging works. At least two traffic lanes will operate at all times on weekdays in each direction for traffic.

We may also require some closures overnight and on weekends, in one direction at a time, to give us access to the middle section of the roller shutter joint. Alternative traffic routes will be signposted.

The 10 metal (tooth-comb) joints are mainly large expansion joints spanning the air gaps between the concrete bridge structures supporting the A40 Westway between Wood Lane Flyover to the west and Marylebone Flyover to the East. These joints allow the bridges to safely expand and move under weather conditions and traffic loading.

Concept design for these joints is progressing. The aim is to be on site in summer 2023 if we get the funding and access we need, including for advance monitoring and investigations as well as proposals for managing construction and traffic.

During the works we will:

We have assessed the integrity of safety barriers to protect parapets at high risk places (for example, over live railways). The current arrangement is satisfactory and no other work is needed on those elements.

Lane restrictions and some partial closures of the A40 at night and on some weekends will be needed to help us do the work safely and efficiently.

Check back here for details of proposed closures/restrictions and diversion routes.

The speed limit was reduced in July 2020 from 40mph to 30mph along the entire stretch of the Westway between the A40 Northern roundabout to the west and Marylebone flyover to the east.

Slowing the speed helps protect and extend the life of the ageing expansion joints in the road until they can be replaced. This makes it less likely we'll have to close parts of the Westway for unplanned works. 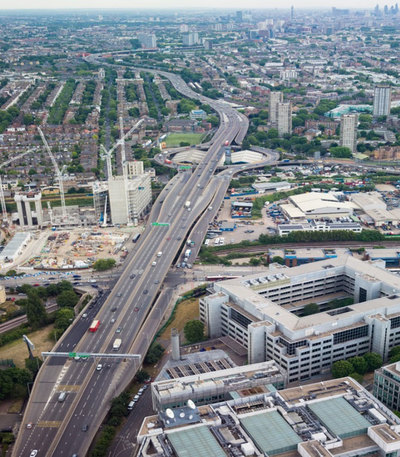 We completed installing the new roller shutter expansion joint across the full width of the eastbound carriageway of the A40 Westway in March 2022 and reopened all three lanes to traffic.

We completed concept and detailed design for Phase 1, including liaison with stakeholders to establish acceptable methods for traffic management and construction to carry out the work in most efficient and safe way.

We appointed Costain to move ahead with the next stage of this project after a competitive tender and selection process between March and June 2020.

Costain started design and planning work in July 2020 for a scheme to replace the major expansion joints, including one roller shutter and 10 tooth/comb joints along the Westway and Marylebone flyover, and to develop the proposals for the other high priority concrete repair, surfacing and safety barriers work where needed along the Westway.

After our March 2018 report on the investigations and options for maintaining and refurbishing the Westway and Marylebone flyover structures, a decision was made to go ahead with the project. Financial constraints at the time meant this was put on hold, but in December 2019 we decided to move forward with design and construction plans for the project.

Between 2015 and 2017 we inspected and surveyed all residential and business premises beneath the Westway to help us understand its condition.

We investigated the road surface on the Westway and Marylebone flyover by digging trial holes, taking core samples and surveying the drainage system. 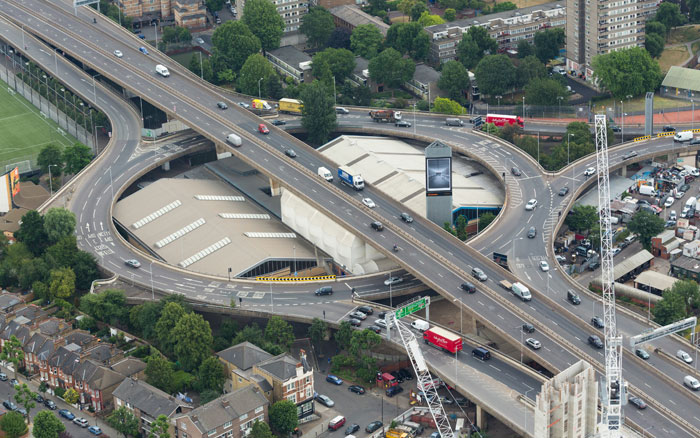 Call us if you have questions or comments about the scheme