20 highlights of our collections

Take a look at our favourite pieces from the collections. 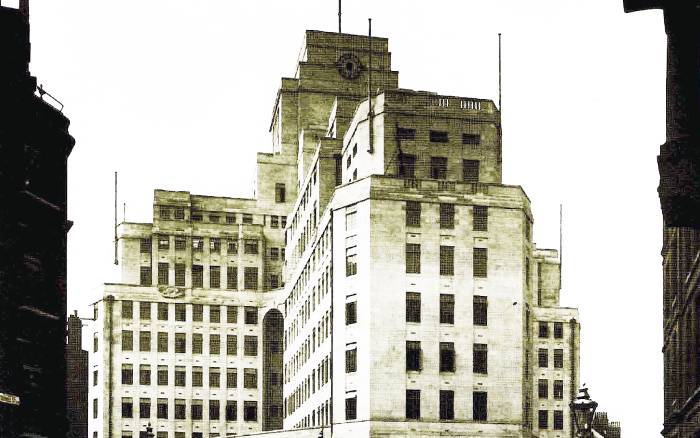 In the late 1920s, the Underground Electric Railways Companies of London Ltd wanted to relocate its head office to a new office block. The plans developed by Adams, Holden and Pearson were radical. The new 55 Broadway would be the tallest office building in London. It would also be a cruciform design and stone facades would be sculpted by contemporary artists. The Royal Institute of British Architects awarded 55 Broadway its 1929 London Architectural Medal. 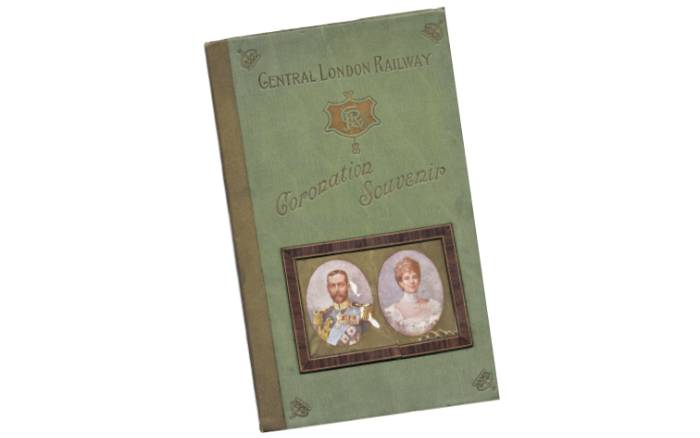 In 1911, King George V and his consort Queen Mary were crowned at Westminster Abbey. Since the Underground Electric Railways Company was heavily involved in the planning, the Central London Railway published a commemorative brochure. Apart from the illustration of George and Mary on the front cover, there was no mention of them, the day or the route in the entire book. It served as a kind of guide to London sights with lovely illustrations and a high-quality finish instead. This brochure, although beautiful, is an early example of false advertising. 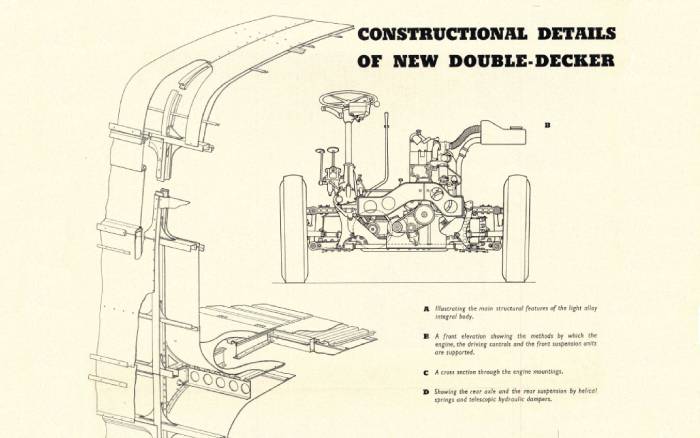 Design and development of the Routemaster started in 1951. The Routemaster was a bus ahead of its time because it had chassisless construction with easily removable parts, automatic transmission, coil spring suspension and power assisted steering, among other modern features. 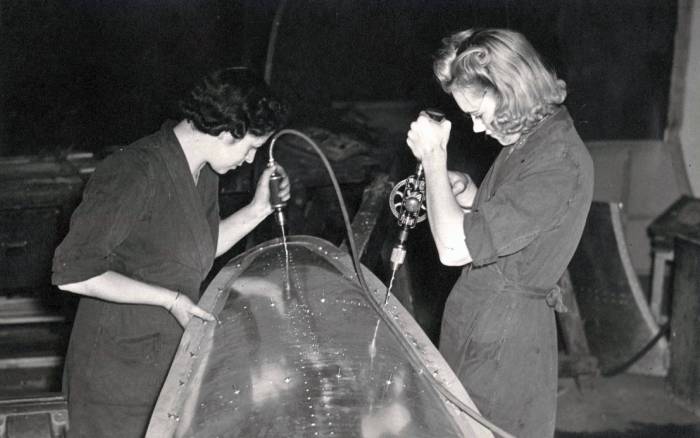 During World War II, there were shortages of staff that led to a growing number of women filling various jobs, such as porters, attendants, labourers and conductors. One of our records shows discussions around rates of pay to be awarded in May 1940. Interestingly, the National Union of Railwaymen believed women should have the same rate of pay as men. 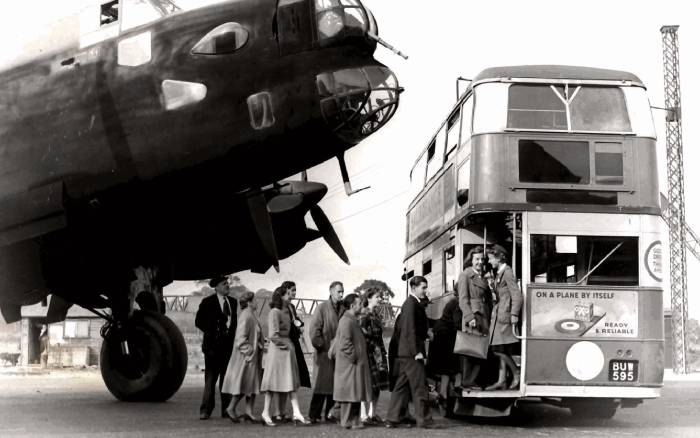 This is one of the staff's favourite images in our archives. It comes from a collection of photographs relating to the construction of the Halifax Bombers. Following the style of the 1940s, this photograph has an air of glamour and excitement that is particularly appealing. 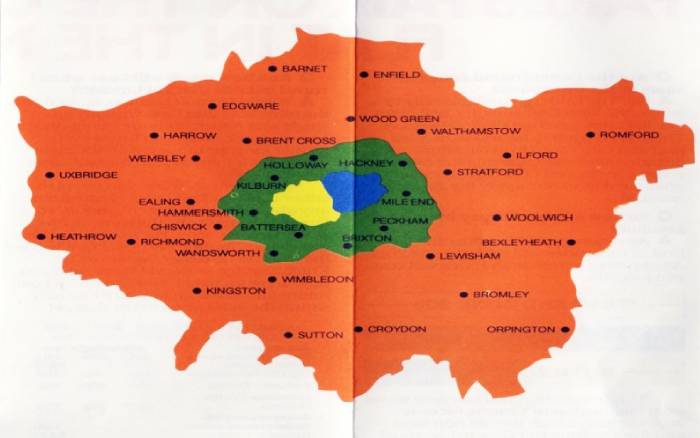 For decades, London Regional Transport sold tickets on a point-to-point basis with charges graduated by distance. In October of 1981, the newly elected Labour Greater London Council introduced its 'Fares Fair' package. The opportunity was taken to introduce a major simplification of the London buses and London Underground fares structures. 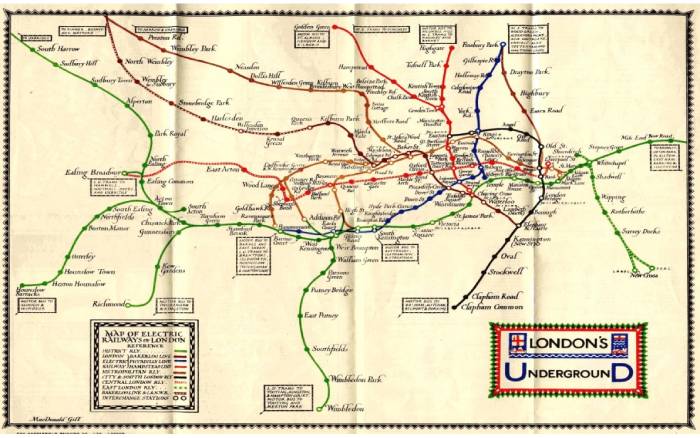 The Underground map as it's known today is the brainchild of Harry Beck. The uniqueness of Beck's Underground diagram was its combination of simplicity and ease of use. It has come to be regarded as one of the design classics of the 20th century, not only in London but throughout the world.

8. Opening of the Victoria line 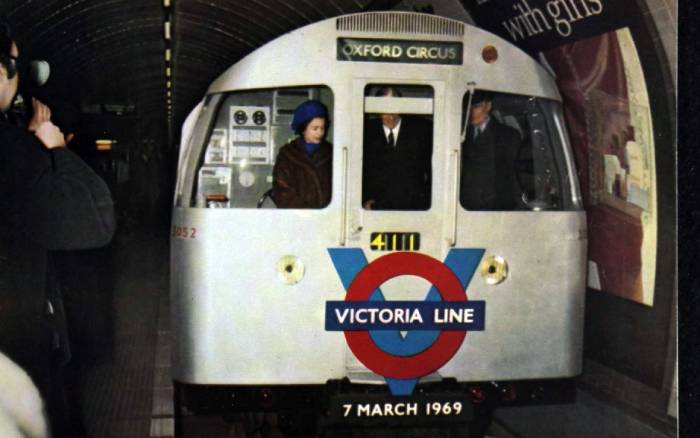 The Victoria Line was opened on 7 March 1969. It was the first new Tube line to be built for over 20 years. Also, the first to be built in tunnels deep under central London since the World War II. The innovation of double-glazing to make trains quieter. It was an important occasion for London Transport with Her Majesty The Queen performing the opening ceremony. 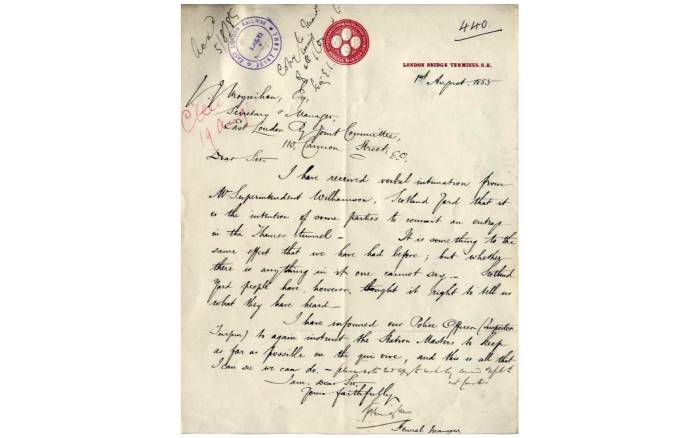 This letter dated 1 August 1885 is part of a folder of correspondence involving a police report about a likely outrage in the Thames Tunnel. It shows how London and its transport network have always been the targets of possible terrorist attacks. It also illustrates the collaborative nature of the various transport organisations on matters of security, something that remains key today. 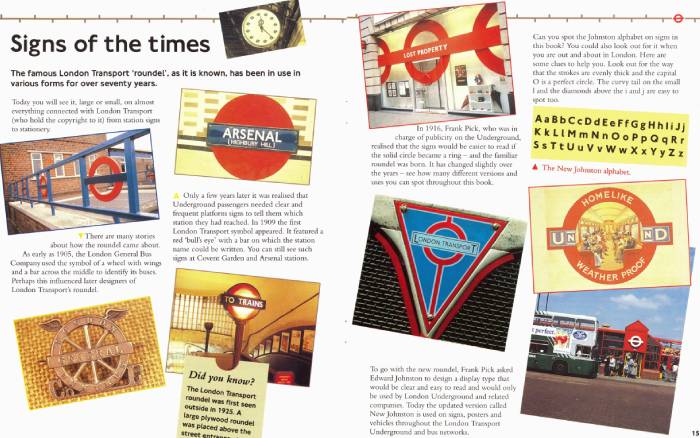 The origins of the famous Transport for London symbol are obscure, but some of its developments are closely linked to the symbol of the London General Omnibus Company (the predecessor company). The motif is a very simple one and rests on the idea of a wheel. It was commonly known as the bullseye until 6 March 1972, when it was renamed the roundel in a committee meeting. That minute is in our records. 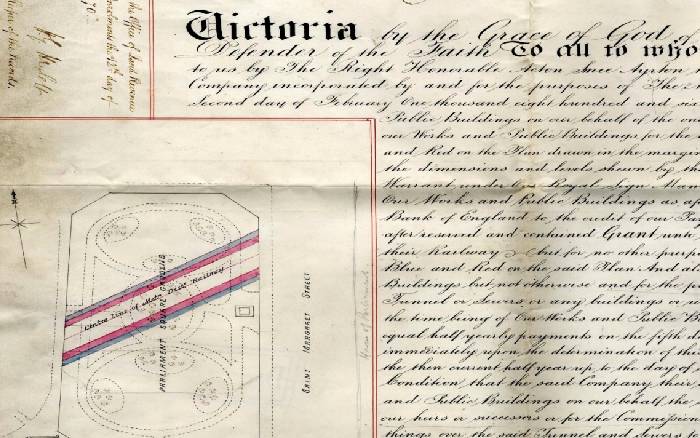 Property records represent approximately 5% of our archives' holdings. Among these records, the Royal Warrant granted on 15 August 1870 is the most impressive. This Royal warrant grants the Metropolitan District Railway Company and its successors and assignees, the liberty and licence to occupy, use and maintain the tunnel and sewers under Parliament Square Gardens in Westminster for the purposes of their railway. The sum charged was £1,500 and the document includes the signature of Queen Victoria.

12. Sheltering in the Tube 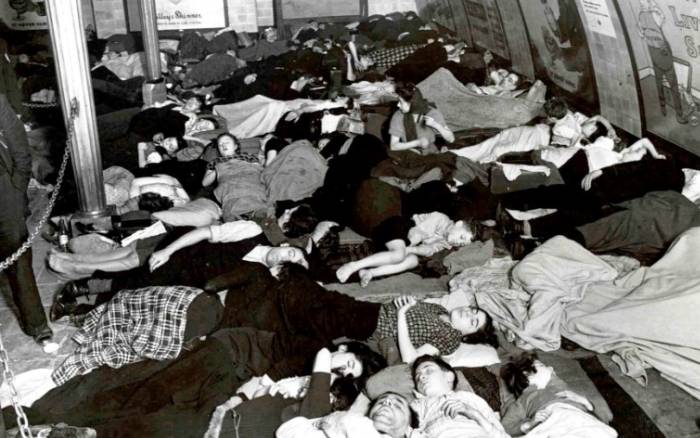 At the outbreak of World War II, Londoners began purchasing penny tickets to travel and then simply refused to leave. Officially opening the stations as shelters was the only practical and humane solution. By mid-September 1940, an average of 120,000 Londoners would crowd into the network each night. The photographs of the shelterers in our collection capture the incredible commitment that TfL's predecessors had to serving the public. They're also a testament to Londoners' ability to keep going and make the best of things. 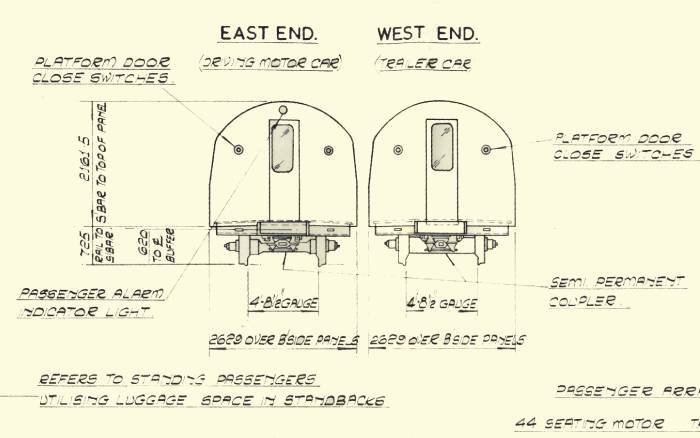 The first of the C69 stock entered service on 28 September of 1970 and all were in service by December 1971. Air suspension for a more comfortable ride was a feature of the C69 stock built for the Hammersmith and City and Circle lines. This new suspension system was the first of its kind on rail cars in Britain. It combined rubber springing with sir cushioning to give a smoother ride to the passenger. 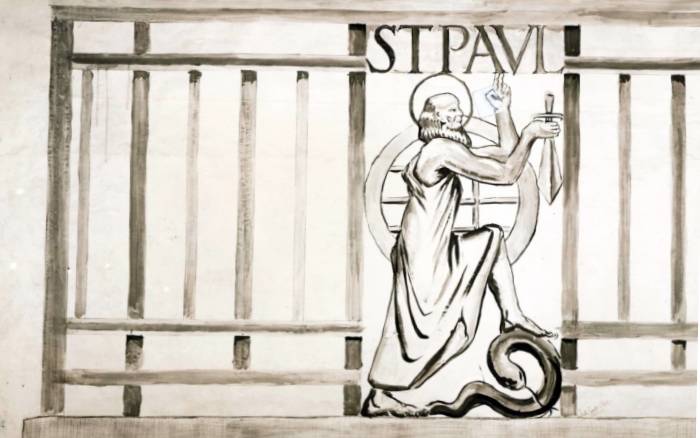 During the 1930s renovation of St. Paul's station, designers incorporated depictions of St. Paul himself. But a controversy arose because of the apparent similarity to a rude gesture. St. Paul's Dean and Chapter requested an adjustment to the left hand's position to avoid suggesting 'the ribald nature'. How the sword was gripped had to change so it did not appear as if he was about to let it fall, 'which is certainly not in keeping with his character'. The design was altered and approved on 4 March 1939. 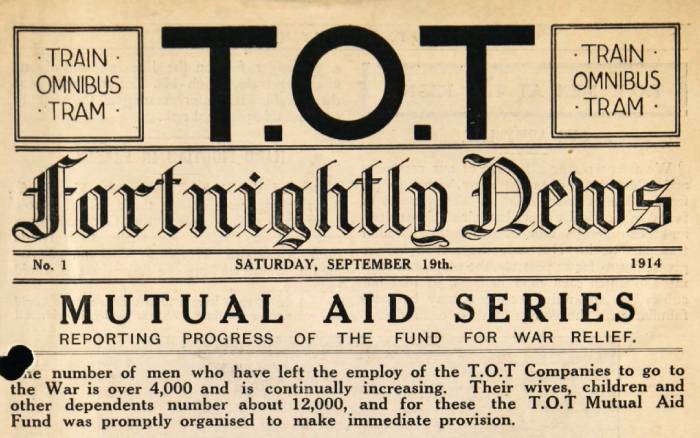 This first-hand description of the Christmas Truce that happened during the World War I in 1914 comes from a member of the District Railway staff, Sergeant Adkins. It appeared as part of a letter written to the staff magazine called Trains Omnibus Trams (T.O.T.). Unfortunately, no further information survives about Sergeant Adkins. But his observations about optimism among the troops serve as wonderful tribute to the man. 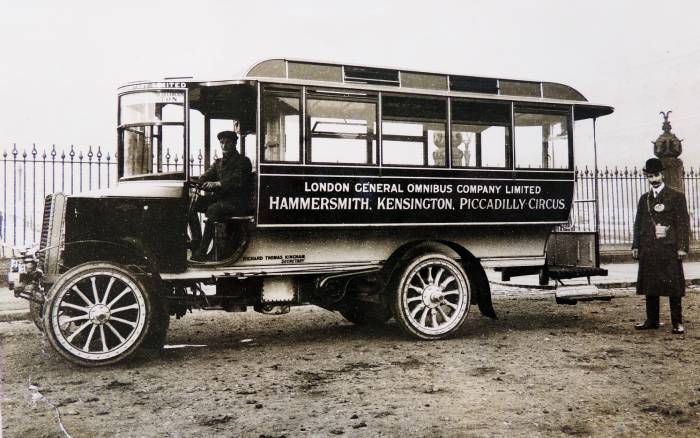 The London General Omnibus Company (LGOC) ordered its first mechanical vehicle in 1902. Due to high petrol consumption, the company decided it was useless for public service. The Clarkson single-deck steam bus ordered in March 1904 steadily lost money too. Even though all LGOC pioneering enterprises failed, mechanical motor buses had a significant impact. After several years of trial and error, the motor bus became the primary means of transport above ground in London. This photograph is of the first oil fuel steam omnibus licensed by the LGOC in 1904.

17. The Naked Boy of Panyer Alley 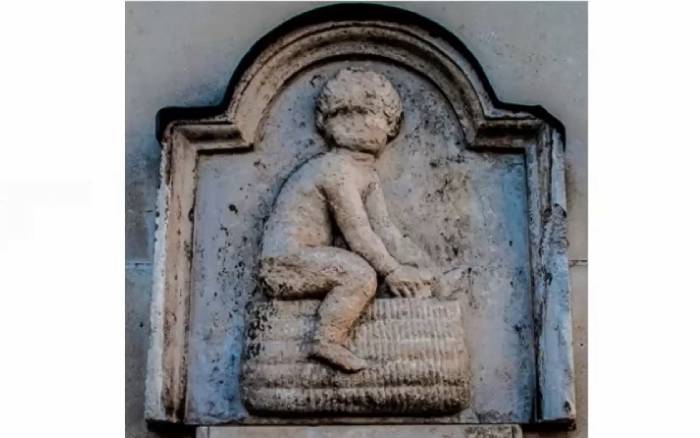 When St. Paul's station was being refurbished in the 1930s, designers found a frieze of a naked boy sitting on a breadbasket and holding some grapes. The frieze was called 'The Naked Boy of Panyer Alley' and dated 1688. The owners of this frieze had particular interest in its survival and worked with the London Passenger Transport Board to find a suitable home for it. We see from letters in our archives how far this monument was protected, with a full ceremony and unveiling given to the re-siting of the frieze. 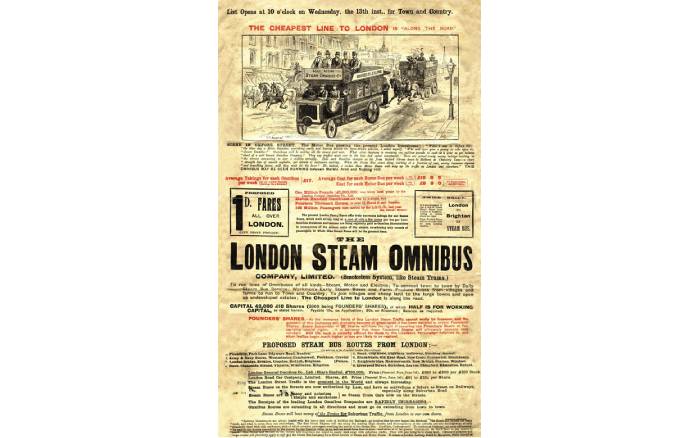 Despite the high popularity of the horse bus in London, the proponents of steam travel created the London Steam Omnibus Company Limited in 1898. It received a great deal of publicity. This poster depicted the company's plans for 8 routes within the capital, along with some misleading statistics to back up its economic viability. While the steam omnibus was a triumphant image, the company changed their name to the Motor Traction Company Limited in 1899. And it never ran a steam service. 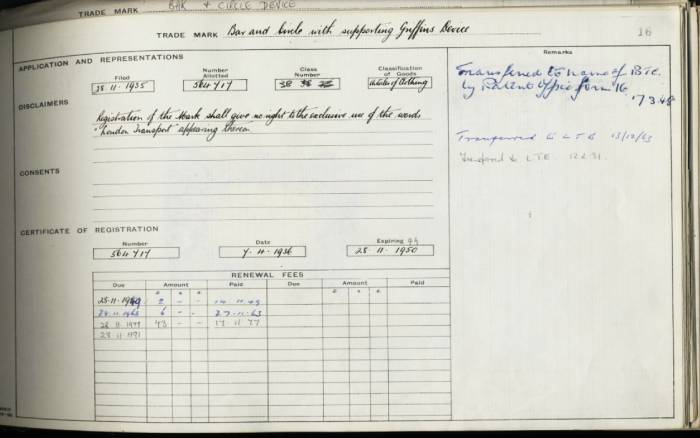 The roundel design first appeared at Underground stations in the early 1900s. Each of our transport divisions has its own roundel now. Anyone wishing to use any of roundels or other corporate logos needs to apply for permission. Our historical patent and trademark books help us to chart the development of the forms of our logo. Also, the uses for which they were specifically protected. 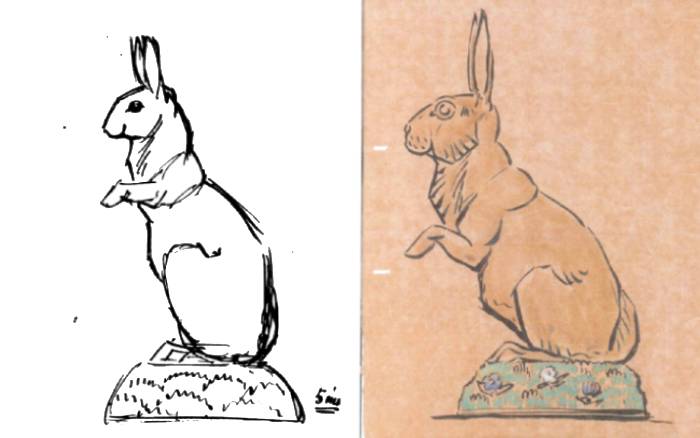 Frank Pick was at the forefront of corporate design and, as well as roundels, considered the use of mascots. Most notable among these mascots was Wilfred the Rabbit. He was cast in aluminium and attached to the radiator at the front of country buses. Pottery rabbits were made for sale to the public later in 1922.

Explore our collections for more highlights